Privatization is Not the Answer to What Ails the Postal Service

Washington, DC – In its Government Reform Plan released today, the Administration made the case for privatizing the Postal Service, and preparing for an eventual change through recommendations coming in August from the President’s Task Force on the Postal System. The business community – mailers and suppliers in the paper, printing and technology industries collectively generating $1.4 trillion in sales annually and supporting 7.5 million jobs – strongly believes privatization is not the answer for a postal system in financial distress.

“Our troubled postal system can be fixed in a two-step process that does not resort to a draconian solution unproven at the gigantic scale of the U.S. Postal Service,” said Art Sackler, Manager of the Coalition for a 21st Century Postal System (C21), which broadly represents the industry. Those two steps would be removing $tens of billions in liabilities to prefund retiree health care imposed on the Postal Service in the short-term, and considering whether and what business model or other changes would have to be made to sustain USPS in the long-term.

“The mere prospect of privatization will sow confusion, uncertainty and concern about maintaining mail and package delivery around the country, and stimulating still more volume and revenue loss when the major problem has been a drop off in mail,” Sackler added. “We can expect sparsely populated rural areas to be particularly hard hit in a privatized system and see their primary tie to the rest of the country degraded.”

Debatably successful privatization of foreign posts cannot easily be transposed here. Changes in comparatively small mail volume nations such as the United Kingdom or Finland would have a hard time translating to a country so much larger in geography and mail volume (USPS delivers some 42% of the world’s mail). Moreover, it has taken those countries quite a few years to implement their changes, and necessitated governments to retain responsibility for some services and pensions and other liabilities.

USPS is a part of the nation’s critical infrastructure, enabling medications to be delivered to seniors and others, charities to raise money, packages to be delivered everywhere and businesses of all types to thrive. It urgently needs attention, but does not need to have the baby thrown out with the bath water. 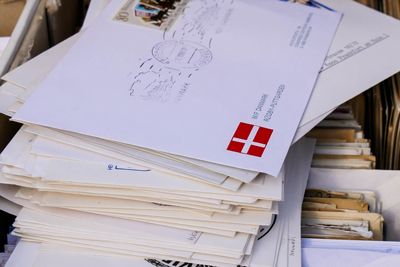